London: Skincare has grown into a large industry in Pakistan with both male and female saloons operating at all levels of society, but this mushroom growth has also led to rising cases of mishandling, leading to skin problems for clients.


The situation is more serious during the last days of Ramazan as a large number of zealots who want the best makeover for their skins end up getting damaged or burned with chemical reactions, while the lack of skills and usage of sub-standard products contribute to this issue.

How to Get Spotless and Glowing Skin Naturally 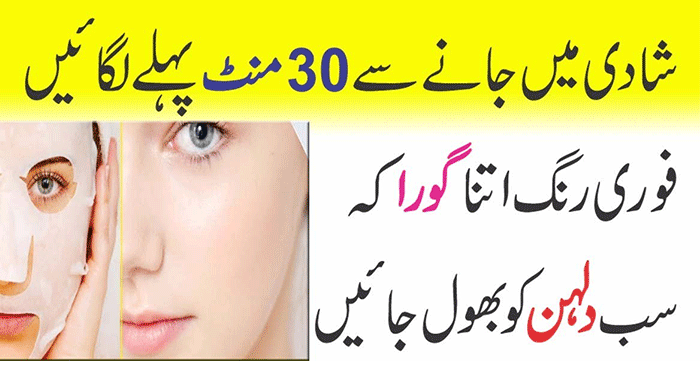 “The first ten days after Eid are filled with clients who need repair work on their faces and hands,” said Dr Armila Rehan, a dermatologists in F-8, Islamabad, “The beauty saloons usually do not observe the basics like conducting patch test on skin before applying any product or taking care of hygiene.”

She said that even boys and men come with complaints of having skin burns as some beautician has overdone waxing, threading with unclean material, applied bleaches on acne and some even get fungus infections due to carelessness.

“The main problem is that beauticians should not be into the treatment process if there seems to be a skin problem. They should rather refer it to a doctor than experimenting with the cure with some cream or mud mask,” Dr. Armila said.

One thing is clear that beauty and health go together, hand-in-hand when it comes to skincare, but this very point has created a kind of professional jealousy between the two categories of professional experts.

“The issue is that many dermatologists are also doing skin care treatments which are very close to beauty care procedures that we perform but the clients have more confidence and closeness with the beauticians,” Dr. Tariq Aziz, secretary-general All Pakistan Barbers and Beauticians Welfare Foundation.

Dr. Aziz who owns a German Scissors beauty saloon in the commercial market and is among the pioneers in skincare for men, says that over time beauticians have become educated enough to handle minor infections and damaged the skin.

As reported by doctors and beauticians, the main problem to skins is coming from unqualified beauticians and individuals both males and females, as they start using cosmetic products by themselves, including the most fashionable trend of current times ‘whitening creams.’

As skincare is growing into an industry, a large number of local manufacturers making various products, without even written specifications are available in markets. Most of these products are manufactured and packed without considerations to quality standards in small units spread across central Punjab.

“It is very important to understand that things are not as simple as face creams as they call them ‘magic creams’, whitening or cleaning solutions contain substances like steroids which cannot be prescribed recklessly as they have serious and long term effect on skin and body.”

Such creams and products are not only advertised openly but prescribed by many beauticians too, who like the manufacturers do not have serious considerations over the impact of such items.

“There is a need to discourage these manufacturers who are like vultures, earning by playing havoc with the skins of people,” said A.M. Chohan, who has established his own chain of salons in twin cities in almost two decades of being in the business and has now even acquired a franchise of Duplex in federal capital.

“We come across many customers who tell that they were guided by someone in a beauty saloon to use certain whitening cream to get urgent results — but that is a fault of our people,” he added.

Mr. Chohan said that after doing courses and learning from experienced persons, he has learned that every beautician has to observe the skin type and lifestyle of the client, whether male or female.

“Many people with clean skin have dullness on the face and that is because they drink too much tea or coffee and lack essential vitamins,” he said adding, “Instead of whitening creams what we do is apply fruit and vegetable masks – skin absorbs the required matter.”

There are many institutes and centers in the twin cities being operated by seniors in the field like Dr. Aziz and Mr. Chohan to impart knowledge and skills among the young professionals, but still a vast majority of around 1,900 barbers and saloons in Rawalpindi and Islamabad prefer to experiment new products on the skins of the customers directly.

However, with growing awareness over electronic channels and reactions by beauticians and the dermatologists, it is expected that barbers and beauty salon operators would adopt the standard operating procedures for skincare too, as barbers have now started using new razor blades for each customer.

Anti Aging Youthful Skin Tips: How to Look Younger at Any Age

Is there an alternative treatment for hormone imbalance?

Anti Aging Youthful Skin Tips: How to Look Younger at Any Age